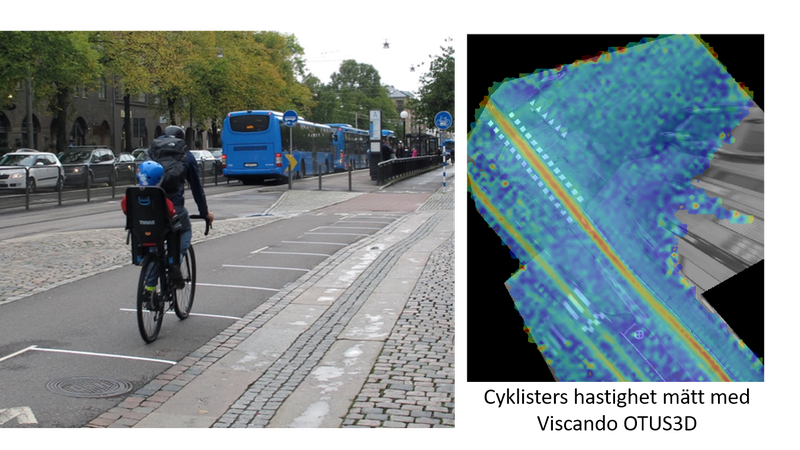 As part of the EU-funded project MeBeSafe (Measures for Behaving Safely in Traffic), researchers at Chalmers University of Technology have studied the effect of several types of nudging. The aim has been to influence the speed of cyclists as they approach intersections. The researchers used Viscando OTUS3D for the before and after analyses of speed behaviour. The results show that visual nudging has the potential to influence cyclists’ speed and trajectory, while haptic nudges have only a minor effect. The researcher concludes:

The European union’s official cycling strategy states that bicycle use should increase by 50 percent in ten years while at the same time halving the amount of deaths (ECF, 2019). It is therefore highly important to find safety increasing measures that are both acceptable for bicyclists and that actually work. The Horizon 2020 project MeBeSafe is investigating if nudging can be a fruitful way towards safer traffic behaviour of car and truck drivers, as well as cyclists. This paper reports on a series of quasi-experimental studies that investigated if nudging can affect bicyclists’ speed as well as trajectory. The project has so far showed that visual nudges have a great potential for affecting speed and trajectory, while haptic nudges seems to have little effect.